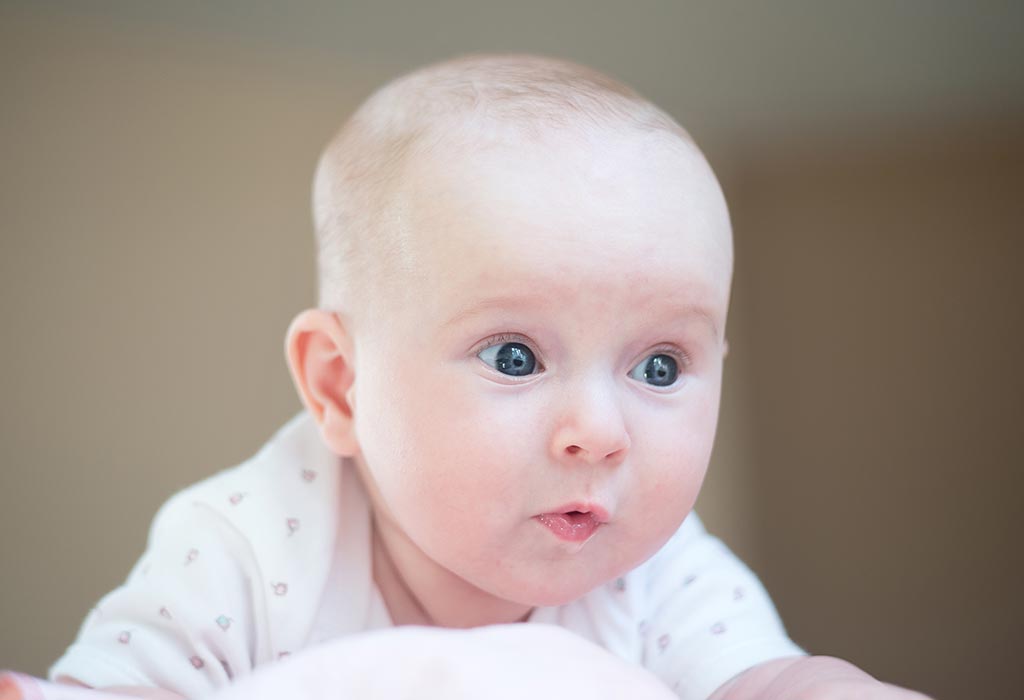 13th week to a new life! The golden period, the maternity leave comes to a sorrowful end. How to deal with 9-5, the best bathtubs to make bathtime fun, and hey, is ‘crouping’ for real?

Your baby's thirteenth week after birth

As your baby enters the thirteenth week and is now a 3-month-old baby, things will get more exciting not only for you but also for your little one as they now begin to start noticing their own hands and feet and make more sense of the world around them. A bittersweet fact, however, is also that your maternity leave must almost be on its verge of expiry and you’ll now have to return to work.

The three-month mark is going to be a rather exciting phase because your baby will now show more movement, more excitement, and will start being more active. As they also begin to notice their hands and feet, their curiosity will be all-brimming. You will also now see your baby trying to grab things, swatting, and trying to reach for their toes with their mouth!

A baby at 3 months old is going to amaze you with their capabilities and every day is going to be a day of new baby milestones.

At just three months old, it may not be obvious, but a baby’s senses actually develop to match that of adults. Not only will they experience a more steady vision, which means the ability to see farther, but will also have better depth perception, will be able to track movement, and will now see the world in full color!

Tired of trying to have your baby pay attention to you? Three months is where it begins! Your baby will now start turning her head to respond to voices and noises! This could also be a good time for you to introduce her to new sounds. Apart from sounds, the thirteenth week could also be ideal to introduce the baby to smells and textures to work on developing her nasal and reception senses.

As established, your baby’s obsession with her hands and toes is going to be breaking through the skies. As they understand and are fascinated about this extension of themselves, you can expect some never-seen-before hand-eye coordination and fine motor skills in the form of gripping, pulling, and grabbing. Pro tip: This may be a good time to avoid easily grabbable jewelry and substituting open hair with buns or ponies.

At 3 months old, your baby will be vulnerable to a condition called ‘thrush.’ You will need to look out for this common mouth year infection and reach out to your pediatrician as soon as you notice any signs for an antifungal medicine prescription. The first signs of thrush include white patches on your baby’s gums, tongue, cheeks, and lips, very similar in look to that of blisters. If you are a breastfeeding mother, be aware, thrush can be passed on to you via your baby’s mouth too, making your breasts feel itchy, prickly, and sore.

A lot of things change with regards to baby care week on week. Let’s see what to do and how to deal with your baby in the 13th week.

As our baby begins to make more sense of their surroundings in general, bath time is also going to be so much more fun! Week 13 could be a good time to introduce bath toys and perhaps, invest in a safe baby bathtub. Also, though you would still not need to bathe the baby every day, you may want to add a bath to their bedtime routine.

A baby’s skin is rather sensitive and so, it is only necessary to take care of their supple skin and to not let it become dry or flaky- especially if you are located in a cold or low-humidity region. Bathing them less often, using intense moisturization baby-safe soaps, patting down the skin instead of rubbing with a towel, and using a mist humidifier could be some ways to tackle your baby’s drying skin. If your baby’s skin tends to become seriously dry, patchy, and reddish, it could be signs of eczema. Using an eczema cream and reaching out to your doctor for professional consultation is recommended.

A little extra care should make her skin satiny-smooth again. But if serious dryness, in the form of red, scaly patches, sets in, or if the condition fails to improve within a week or so, it could be eczema, so talk to your pediatrician.

Most babies, at some point in time within their first year, may tend to make sounds similar to that of a barking seal, triggered typically by irritated and swollen airways called croup. The swelling as a result of croup in the baby’s windpipe and vocal cords narrows the airways, making it difficult for them to breathe and hence, the barking seal sound. The heavy, noisy breathing may feel intimidating to you as a parent, especially because it commonly kicks in at night, but there’s not a lot to worry about.

Crouping, most common between the ages of three months and up to five years typically lasts less than a week, is more common in fall/winter and aside from a barking cough, may also have your baby show symptoms of fever, stridor, and a hoarse voice. While mild croup cases can be treated at home with steamy showers and having your baby sit in a humid room to promote clear breathing, in more severe cases, it is recommended to reach out to your doctor as soon as possible. It should be noted here that croup can also be aggravated and may seem more severe when your baby is crying and is upset.

Quick fact: As per the American Academy of Pediatrics, if your baby exhibits stridor (a harsh or grating sound) while resting, it may be a sign of severe croup and you should talk to your doctor immediately.

Final Thoughts: Dealing with separation anxiety as you go back to work in the 13th-week post-delivery

First things first, let us admit the harsh reality upfront: It is not going to be easy to leave your baby at home and to go back to work. While you may feel a rush of excitement to meet your old pals once again you are, after all, not the same person who went on maternity leave 10 months ago and so, it only makes sense to not be too hard on yourself.

You will have episodes of emotional outbursts, you will perhaps spend time in the bathroom scrolling through your baby’s pictures and shedding a tear or two, you may even feel emergency urges of leaving everything and going back home- but hang in there! You will get used to your back-to-work life just like you got used to your motherhood, it is only a matter of time and the best way out is to take one day at a time.

It is also common for moms to feel heightened guilt for leaving their baby at daycare or with a nanny, however, you need to look at the situation pragmatically and understand that it is only to secure your baby’s future that you need to go to work. Participating in office events, making everyday to-do lists, spending some time dressing up,  following a morning routine, and most importantly, not trying ‘too hard’ to fit back in are some ways to cope with the separation better. For everything else, we are in the 21st-century mamma! You can connect with your baby and see their face on your phone’s screen anytime- they’re just a video call away!

Growth spurts in babies can happen anytime during their first year. However, typically, babies are known to show the initial spurt between week 1 and week 3, the second one between week 6 and week 8, and the following at week 13 or the 3rd month. As a result of the growth spurt in the 13th week, your baby will feature improved eyesight, heightened senses, and more mobility of limbs.

Your baby's eyesight develops constantly week after week. By time they are in their 13th week, they can already see as far as 20 feet!

The week in which your baby will start sitting up is highly subjective and varies from baby to baby. However, ideally, all babies start sitting up on their own (with a little help from parents or by propping themselves up on their hands) any time between the 3rd and the 5th month after birth. Having said that, it is only around the 7th month that you can expect your baby to sit upright on their own with no external help at all. 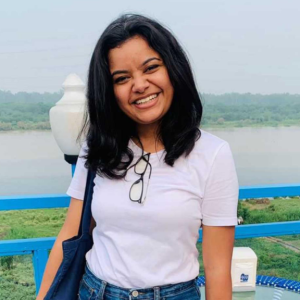 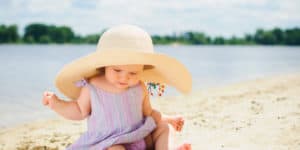 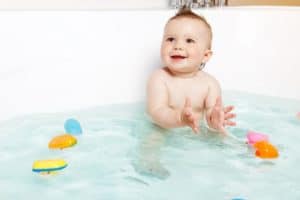 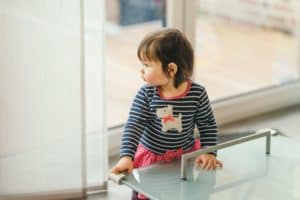